Together with his team won the International engineering and nanotechnology competition.

Euspen Challenge is an international competition to identify outstanding talents across the globe with the potential to be leaders in the fields of precision engineering and nanotechnology. Following the national competitions, each participating country selects up to three representatives to join euspen Challenge world finals where they will be grouped into international teams and provided with a technical task to complete in a limited amount of time. This year’s task was to build a self-calibrating non-contact coordinate-measuring machine and to create a business case for its potential applications. 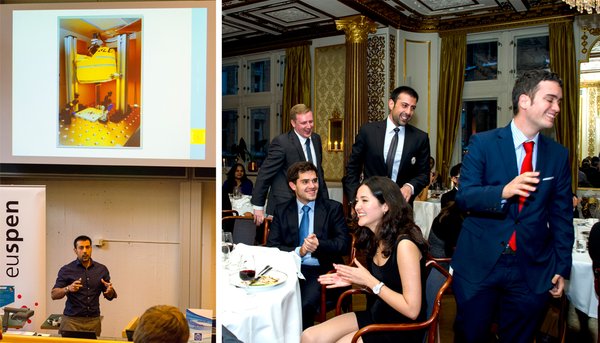 “NOX: The Nanobox was my national competition winning idea which utilized physics, biology, chemistry, medicine, and engineering much like what I do in my PhD education. However, it was at the world stage, competing against outstanding people, I realized the true value of my education. That is the mindset for creative imagination, interdisciplinary project/people management, critical thinking and intellectual adaptability.” says Husnu Aslan.

“Husnu’s performance at the national heats and the international euspen Challenge is truly outstanding”, says iNANO director Jørgen Kjems. “His educational background in an interdisciplinary environment at iNANO has prepared him well for the competition but we handpicked Husnu among our almost 170 PhD students mainly due to his excellent academic and personal qualities. I expected him to do well but an overall victory was certainly well beyond our expectation, especially considering the fact that most of his competitors were specialists in precision engineering. I think the results demonstrates that a broad interdisciplinary background is very versatile and enables our students to adapt to and excel in new challenges”.

About the EUSPEN Challenge